I participated in what I believe was a revolution.

I visited a virtual convention center and participated in social activities with fellow Star Trek fans from all over the globe. We interacted with virtual representations of eachother called "avatars." These avatars resembled various beings of the genre.

Watching through the eyes of a male Vulcan ensign, I participated in social events and watched stars on a virtual stage in a virtual ballroom, while they appeared in realtime at a Creation Convention in Las Vegas.

I saw this as an opportunity to experience history in the making. After all, who knows where this may lead? I imagine corporate seminars conducted on the web in virtual ballrooms, mingling with other conventioneers in a virtual lounge. Its use may be the future, but this technology already exists.

In 1998 I'd experienced my first taste of an interactive virtual environment on a site called Active Worlds. The ride was a sluggish one, compounded by limitations for not being a paid member. With that experience in mind, I was dubious as to how Vir-Con would turn out. Add to that Cybertown's non-working Vidnet modules wasting wallspace in each mansion. Would the Realplayer work this time?

Why I Hate Conventions

My first convention was somewhere during the mid-1970's, some "by fans for fans" thing at a seedy Manhattan hotel in the theatre district which no longer exists. The cost was $5 per day. It was predominantly comic book oriented, with 16mm movies and cartoons from personal collections, a couple of speakers, a costume contest.

In time, the cons separated by genre, with Creation running the media related ones and comics going their own way. The cons were often in Hotel Pennsylvania. Me and my friends ran a table with esoteric items like crystals, etc. So we were in each day and took turns leaving the table to see a star chat in the ballroom. By the late 1980s, they cost $10-15 per day and seating was first come, first serve. Photogs got to sit on the floor or in the aisle. No one threw you out. There was no need to because everyone was civil. For those stars whom I had met previously, I would opt to take a picture of them instead of get another autograph. 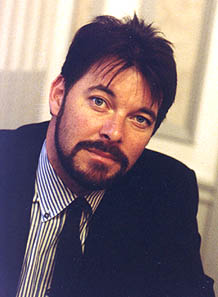 I'd have to blame Brent Spiner for the beginning of the end of the chummy cons. He had this "I don't want to appear before the fans at cons because it will destroy the illusion surrounding my character" thing. And a few quirks we were warned about. When he finally consented, there were two or three tiers of pricing for separate admission and no autograph session for his night appearance. And NO FLASH CAMERAS! Apparently something about his aversion to flashing lights (epilepsy?). The fact is, we paid our monies, $35 I think for the gold seats - we were fine in our $20 seats - and the majority held their breaths the whole time for fearing he would break if anyone said or did the wrong thing. Since then, multi-tiered seating became the norm at cons.

Imagine my shock when, in 2000, I went to see Robert Picardo at a convention as a paying fan. I figured this was going to be the only time I'd see the guy. I paid $65 for a decent seat and priority on the autograph line in what amounted to as a gymnasium with a large canvas separating the "show" and dealer area. It was wretched.

Now I hear some cons will con you for a couple hundred a weekend, and autographs are extra for a ticket to stand in their line.

Experience a con in the comfort of your home. Most people don't live anywhere near one of these events. And despite the number of attendees who travel great distances, there are so very many more who cannot afford the entrance fees much less travel and accommodations.

For something I'll be paying $49 a year for in Cybertown, the interaction for a day at $12.95 (I got a discount being a Cybertown resident) was pricey, but not the heist others were gullible to shell out money to look special and see a celeb in chat (again so what? It's free on StarTrek.com). They got autographed photos of their choice of one star mailed to them (can you say eBay?).

I paid $12.95 to see ants on a Realplayer webcast. People who paid their 30 or 40-something got a blurry Windows Media Player in medium-closeup.

As far as costs went, what was the point of the two-tier POV? The original purpose was for crowd control. Now it's class distinction, holding competence for ransom. Who would have imagined that those initial appearances by Spiner would have established such a precedence?

I know! Why not give everybody the mediocre Windows Media Player and drop the sucky Realplayer? It's a defective product for a paid service, and insults us ALL: For throwing scraps on the floor for some and for taking advantage of those desperate to pay. Forget the "you are there" effect; the parameters are different and you can't expect people to come back for more ants OR to pay as much or more money for less than they do at a con to sit at their computer and look at a streaming video of 72dpi or less resolution.

The concept is is a good one. They just need to eliminate the greed factor, offer the same stream for everyone, and offer the three tiers as before for more affordable prices:

Last but not least, the avatars. They were a tool to divide people up into classes: Pay-per-view had none, regular users had engineering ensigns (Science blue was more apropos for the Vulcans. Somebody didn't check their Trekology), deluxe had their choice of Command, Captain, plus assorted species.

Instead, why not let the titles of users define their show frequency - as titles define everything else on the Blaxxun Contact interface - and provide the same choice for paying attendees PLUS the option for experienced vrmlers to link to their own hosted avatars and maintain their identities?

The graphics for this site are based on that of Cybertown, the format and layout mine. Screenshots in this section were
made by HolodocDR. Images of Vir-Con 2002 are property of VirCorp, LLC and are used here with permission